In addition to the award program, student projects will be on display at the luncheon to showcase the innovative and entrepreneurial spirit of learning at TMI, highlighting TMI’s academic approach of innovation and design thinking.

Since 1893, TMI has been a leader of innovation and design thinking–an approach to learning and serving, reflected in the school’s Episcopal roots, that develops academically prepared and empathetic leaders to their fullest potential. Design thinking gives students a framework for innovating, creating, and solving current world problems while being centered on empathy, service, and reverence. 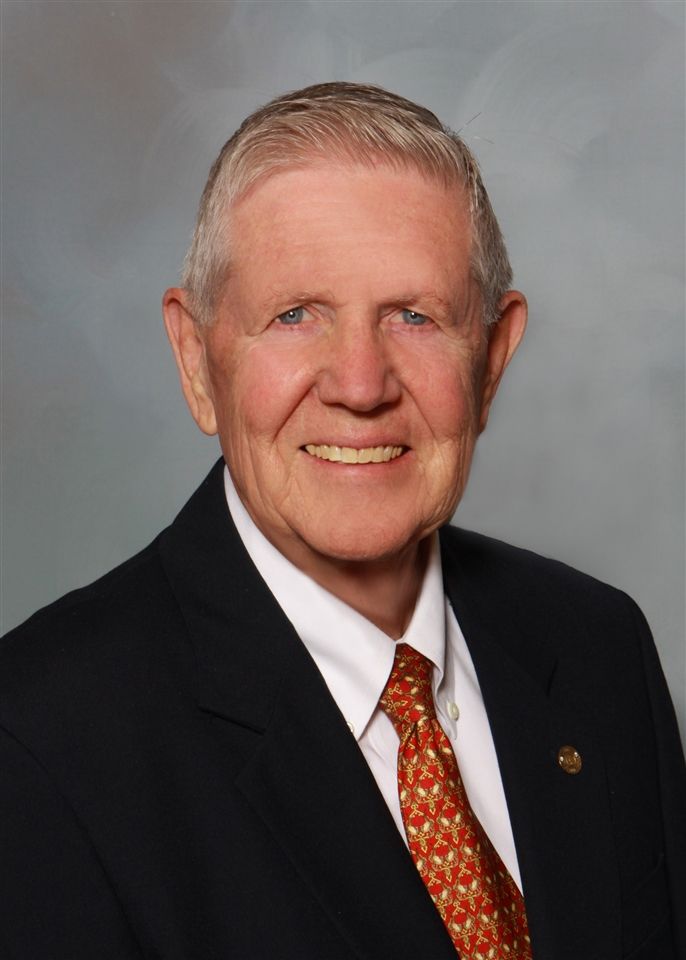 Scott Petty, Jr. '55 was born in San Antonio, Texas. He attended San Antonio Academy, Texas Military Institute, and received Bachelors and Masters of Science degrees in Petroleum Engineering from The University of Texas at Austin in 1960 and 1961, respectively. He subsequently served as a Lieutenant in the U.S. Army Corps of Engineers.

Shortly after graduation from The University of Texas, he married his TMI sweetheart, Marie Louise James, and after returning from military service, he joined the family company, Petty Geophysical Engineering Company, which had been founded in 1925 by his father and two brothers. Mr. Petty’s father had invented and developed the first electronic seismograph, which was used in worldwide exploration for oil and gas. A similar device constructed by NASA, which used Mr. Petty's father’s original design, was placed on the moon by Astronaut Harrison Schmidt during Apollo 17.

Mr. Petty eventually served as President and CEO of Petty Geophysical and established one of the largest scientific data processing computer systems of that time in San Antonio, which processed worldwide seismic data and turned it into useable interpretable information. In 1973, he oversaw the merger of Petty Geophysical and Ray Geophysical Company from Houston, which became the foundation of Geosource Inc., a large oil field service company, which eventually became part of Halliburton. Mr. Petty remained as Executive Vice President of Geosource, Inc. until 1977, at which time he returned to San Antonio and joined the Petty Family Office with his father.

Mr. Petty had been on the Board of Directors of C. H. Guenther & Son, Inc., dba Pioneer Flour Mills, since 1972 and after a series of tragic events, one of which was the untimely death of his wife, Louise, he was asked to become Chairman of the Board and eventually President and CEO of C. H. Guenther & Son, Inc. Mr. Petty continued building the company and a new management team and eventually retired from active participation in 2013. At that time C. H. Guenther & Son, Inc. had become known throughout the food industry for its innovation and collaboration and development of the finest products and brands of grain-based foods, both dry mixes and frozen products, with plants in various locations in the U.S. and in Europe.

Today, Mr. Petty is with Petty Group, LLP, with his family and continues to be active in the energy, ranching, and investment business.

Subsequently to the death of his wife, Louise, in 1981, he married Eleanor Oliver Weed, a former TMI cheerleader, in 1983. Mr. Petty currently has 3 children, Joan, Susan, and Scott James and 5 grandchildren by his first wife and 2 stepsons, Richard Weed and Timothy Weed and 6 grandchildren with his current wife, Eleanor. Mr. Petty is a registered Professional Engineer in Texas and Louisiana and a member of many professional organizations including the Society of Exploration Geophysicists and American Association of Petroleum Geologists. He is also an Honorary Life Member of the International Association of Geophysical Contractors and Houston Geophysical Society. He has served on the Board of Directors and Executive Committee and is an Honorary Director of the Texas and Southwestern Cattle Raisers Association and the Texas Land & Mineral Owners Association, a Life member of the Texas Wildlife Association and is a member of the Explorers Club.

In addition, he is a member of Phi Gamma Delta social fraternity, Tau Beta Pi and Sigma Gamma Epsilon honorary fraternities, and he and Eleanor are members of Christ Episcopal Church.

If you are interested in volunteering to help with any of our special events, please contact TMI’s Advancement Office: